In the first weeks of school, the class began reading a series of fairytales.  These stories have a lot of relevance to children as they often embody psychological themes present in a child’s life.  Bruno Bettelheim and Marie Louise Von Franz have written about the underlying themes in fairytales.

The first story they wanted to read was Little Red Riding Hood.  They decided to perform it, so they created the performance themselves.  Every step along the way, from writing the script to allocating roles, to designing the set, was done by the children. 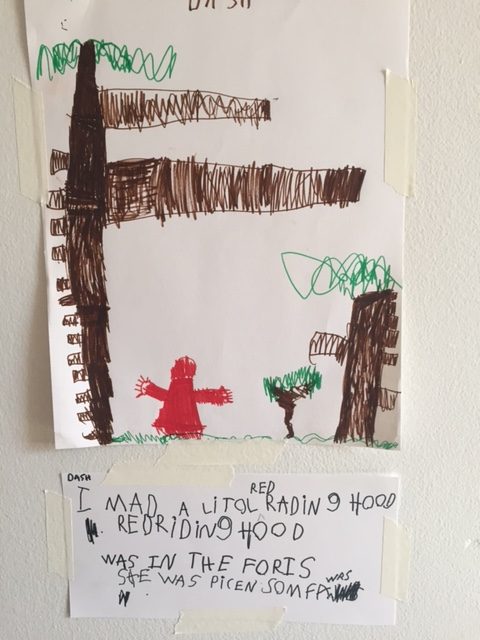 This interactive approach to literature expanded further with the children narrating the story as well as creating alternate versions.  They use drawing and invented spelling to communicate their thoughts. 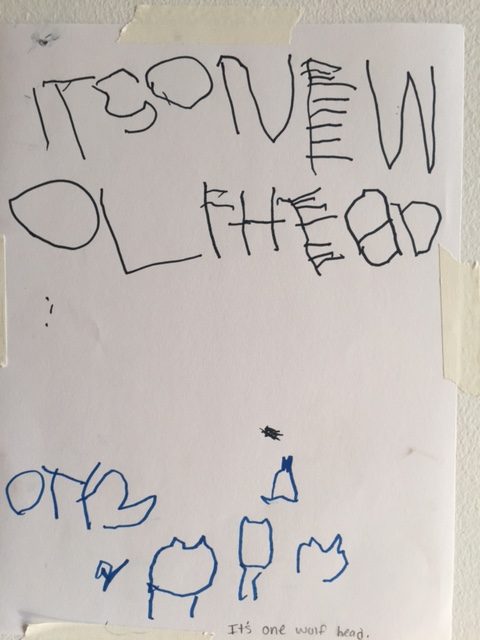